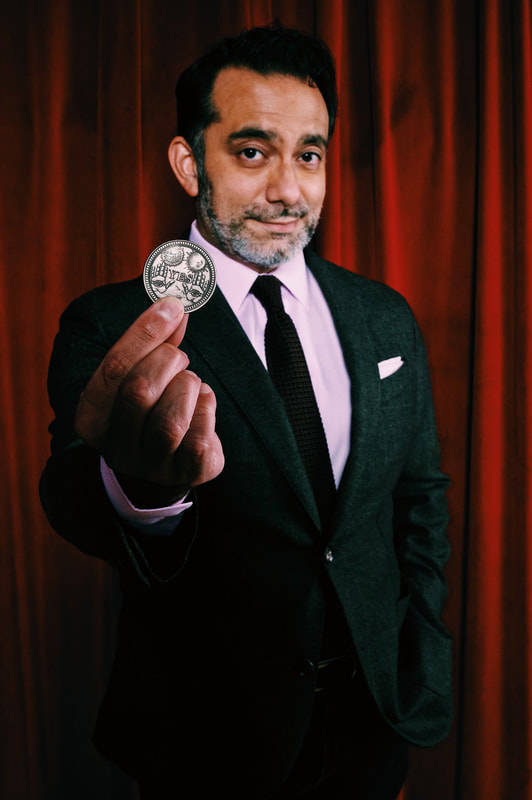 Cagigal has twice been named a Finalist for the Theatre Bay Area Award for Best Solo Performer, recipient of a Mastermind Award by the SF Weekly, and five-time winner of the Best Magician of the Bay Award by the San Francisco Bay Guardian.

His previous shows include, the popular Pandora Experiment, the long-running OBSCURA, the secretive happenings of The Collection, and the critically acclaimed Now and at the Hour which has been seen in New York, Montréal, Chicago, New Orleans, Minneapolis and San Francisco – all shows originally produced by EXIT Theatre.

Christian can also be seen in the independent, power-pop, musical film, Fruit Fly written and directed by H.P. Mendoza.

, Ready to experience the best corporate magic show
for your next Corporate Event?